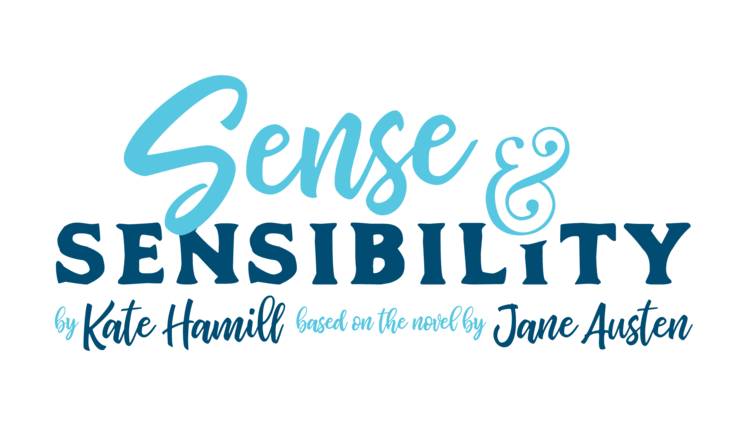 Do yourself a favor and go see Virginia Stage Company’s production of Sense & Sensibility, now onstage at the Wells Theatre.

While the plot of the play is fairly simple (girl meets boy, girl loses boy, girl gets boy back), Kate Hamill’s adaptation of Jane Austen’s classic novel is fresh, and it is easy to see why this story has passed the test of time.

On the heels of last season’s Pride and Prejudice, it might have been too much Austen too soon, but with Jessica Holt at the helm (who directed last season’s Fun Home brilliantly), this production adds contemporary style, popular music, and a very strong ensemble cast who work together extremely well to bring this story to life.

Sense & Sensibility tells the story of the Dashwood sisters, Elinor and Marianne (played by Ally Farzetta and Manna Nichols, respectively), as they come of age in 18th century Regency England. Together with their mother (Katie Hartke) and younger sister (Sara Beth Schaefer), they fall on hard times after the death of their father. As the women cannot inherit property, the deceased Mr. Dashwood’s estate goes to his son from a previous marriage, John Dashwood (Sean Patrick Grady). John and his greedy wife Fanny (Maggie Hatfield) evict Mrs. Dashwood and her daughters who move to a modest cottage on the property of a distant relative, Sir John Middleton (Julian Stetkevych). Sir John and his mother-in-law Mrs. Jennings (M. Elizabeth Dickerson) take a particular interest in the Dashwood sisters. Along the way, the sisters meet a few suitors: Edward Ferrars (Brendan Hoyle), Colonel Brandon (Drew Hirshfield), and John Willoughby (Grady); meet a few gossipy socialites: Anne (Hartke) and Lucy Steele (Nandita Shenoy); take a trip to London; and weather a couple heartaches.

The set, designed by Alexander Woodward, is simple and versatile: an oversized framed painting of the countryside, three chandeliers, and a collection of white doors and windows which move around to establish multiple locations in the country and the city. The lighting by Lynne M. Hartman expertly established different locations and times of day, facilitated the a vista scene changes through a subtle use of spotlights and enjoyed moments of levity along with sound designer Megumi Katayama’s sparing and well-placed use of pop music.

With the exception of Ms. Farzetta and Ms. Nichols, members of the cast assumed multiple roles, including forming a Greek chorus of Gossips. Throughout the play, the Gossips, in simple period costumes by Jeni Schaefer, don additional pieces (a coat, hat, or apron) to designate different roles. They add dimension to scenes by becoming gossipy socialites, dancers at a ball, even a herd of sheep—there are no small parts in this fantastic ensemble. When a scandal was revealed, there were Gossips to spill the beans and spread the news. They also capably perform the scenery changes, pushing windows and doors around in beautifully choreographed shifts, which allowed the action to continue on another part of the stage or in the house, giving the production a strong continuity.

This show was a delight to watch! It combined many styles including period drama, melodrama, modern, and often fluctuated between the serious and the absurd. Yes, there was the traditional 18th century courting and formality (God forbid a young woman go on a ride with a man unchaperoned!), but there was also the comically heroic, over-the-top entrance of the dashing John Willoughby as he rescues an injured Marianne.

These moments in which the production doesn’t take itself seriously are quite endearing, even to the more traditional theatre audience, and they create a camaraderie among the audience and the cast as if we share an inside joke. The result is a very accessible production, where the audience feels comfortable laughing, applauding, and commenting at the comedic and scandalous moments. Ironically, it is in contrast to these moments of frivolity and levity which allow the deeper emoting of Ms. Farzetta and Ms. Nichols—the very sense and sensibility which give the play its name—to shine and bring the beautiful tenderness of their dramatic moments into sharper focus. Ms. Holt and this remarkable cast have hit the perfect balance in Sense & Sensibility.