HomeBlogsAlicia Wolters's blogReview: Little Theatre of Virginia presents A Funny Thing Happened on the Way to the Forum

Review: Little Theatre of Virginia presents A Funny Thing Happened on the Way to the Forum 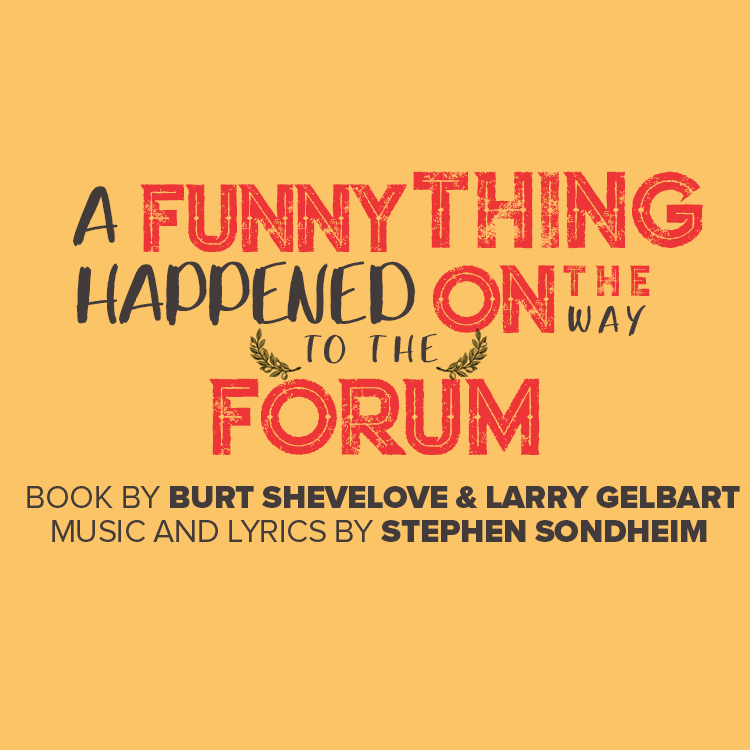 While most people know A Funny Thing Happened on the Way to the Forum, the latest offering from the Little Theatre of Virginia Beach, as either a Broadway show or a movie with Zero Mostel, fewer realize that many of the characters and much of the plot come straight from the plays of the Roman playwright Plautus.

In fact his play Psuedolus, which lends Funny Thing... it’s lead character’s name as well as much of it’s plot, is considered a precursor to the modern farce. In telling the bawdy story of a clever slave trying to win his freedom by securing for his master the love of his lady fair, writers Burt Shevlove and Larry Gelbart along with composer and lyricist Stephen Sondheim, send up and celebrate that genre in all of it’s wonderful ridiculousness.

Armed with even a cursory knowledge of Latin root words, one need look no further than the character list to get an idea about what is in store for the evening. Names Psuedolus, Hysterium, Miles Gloriousus, Hero, Philia, Domina, Senex, Erronius, et al., make it clear that we should be ready for a story full of love, lies, and laughs.

I probably don’t need to go into any more details about the plot as it is fairly thin and only serves to set up the proper circumstances for compounding layers of deception and confusion that bring the play to a level of ridiculousness that had the audience howling in the end.

Director Karen Buchheim, who pulls quadruple duty on this show assembled a strong cast to bring these characters to life. In the role of Psuedolus, Steven Meeks turns in as fine a comedic performance as one could hope for in the role. He landed the jokes and even spun a few in ways new to this reviewer. Part of the charm of the character is his ability to give the audience a little wink and nudge now and then and he really had the audience on his side. Meeks vocal performance was at times weak and tentative, but it was hard to tell if the music was out of his range or if he was having a hard time hearing the band.

It could quite conceivably be the latter as the music was hard to hear in many numbers, including and quite disappointingly in the overture and the opening number, “Comedy Tonight”. The trumpet blasts that should announce the top of the show were barely audible and it left Meeks alone to try to pump up the crowd.

I understand how hard it can be to find musicians to play for community theatre and have seen many a performance where a keyboard adequately filled in the score, along with piano and a rhythm section. Musical director Dr. Nancy Whitfield assembled a good group of musicians but the final product felt anemic up against the robust score. This may have also have partially been an issue with the sound engineer still getting a feel for the room with a full house, but either way, I would encourage them to bring up the gain on the accompaniment for the sake of the audience and the cast.

Another real stand out in this show was Peter Scheible’s Hysterium. His rendition of “I’m Calm” was right on point, and his performance in the 2nd act as he tries to help cover the ever increasing confusion was wonderful. Meeks’ and Scheible’s reprise of “Lovely” was clearly one of the highlights of the night.

David Sinclair’s turn as Miles Gloriosus, the braggart soldier, brought a great close to the end of Act I. He had the proper gravitas and ego to really command attention, even on a stage full of half dressed women and cross dressing men.

Nick Richardson and Jasmyn Johnson as Hero and Phylia both had very strong vocal performances, but both failed in conveying a real sense of love or even lust between them that would have made the audience really invest in that relationship.

Clifford Hoffman and Kathy Hinson as Hero’s dominating and dominated parents both carry their numbers with ease, though, in a show that is so based on archetype, I would have liked to have seen a little more character out of Hinson. Her Domina was almost too sweet at times, especially upon her return to Rome from the country.

Bryce Collins, Christian Mitchell, and Rashad Stukes played the proteans, a group of clown like players who fill in many of the minor roles in the show. As a group, they would have worked better had they seemed more cohesively awkward. It’s a hard line to walk, in trying to take orders and make it look chaotic, but these sorts of roles work best when there is a method to the madness. The blocking they were given definitely had the potential to really help the audience find more humor in their antics, but much of the execution felt messy.

The courtesans of the house of Lycus, played by Erin Matteson, Coral Mapp, Amy Harbin, Grace Altman, Jessica Benner, and Willow Harris made a strong impression. They each gave strong solo (and one duo) dance performance while still imbuing them with a touch of humor. A special shout out to Kay Burcher for the wig design. The little knotted ears she made for Harbin’s wig were hysterically understated.

The show does feel a little dated in it’s treatment of women, which has nothing to do with Buchheil and everything to do with the era in which it was written. There is only one woman in the script that has any autonomy, however she is the stereotypical overbearing wife. The rest are merely property parading themselves about in the hopes of being picked to satisfy a man. While it is all contextually appropriate to the time, anyone sensitive to that topic should be aware that it is very much a period piece in that regard.

The set design by Jason Martens was serviceable. I felt that the height limitations of the venue may have required that the building be shorter than he would have had them otherwise. Any one on a second story or roof looked comically short, but not necessarily in a way that served the story. It occurred to me that I had never seen Forum done anywhere but a proscenium stage and perhaps that is one reason why.

Besides the height issue, the small width of the stage also made the “chase” scene at the end seem at times jumbled and a tad bit repetitive. Martens did a great job with the details, but overall it felt like the stage size hindered a lot of the performance. There wasn’t a lot of room for them to move with purpose, especially with most of the cast onstage at once near the end.

Costumes by Buccheim and Bucher were spot on for the characters and well executed. Miles Gloriosus’ tunic and breast plate really stood out as a solid piece of work.

Overall, the Little Theatre of Virginia Beach continues to put out entertaining theatre that really showcases a myriad of local talent. The show runs through Sunday December 8th. Fridays and Saturdays at 8pm and Sundays at 2:30pm. Tickets are available online. I wouldn’t recommend this one for smaller children, but tweens and up would probably really enjoy it if you wanted to bring them along.