Now if you feel that you can't go on
Because all of your hope is gone,
And your life is filled with much confusion
Until happiness is just an illusion,
And your world around is crumblin' down;
Darling, reach out
-Four Tops 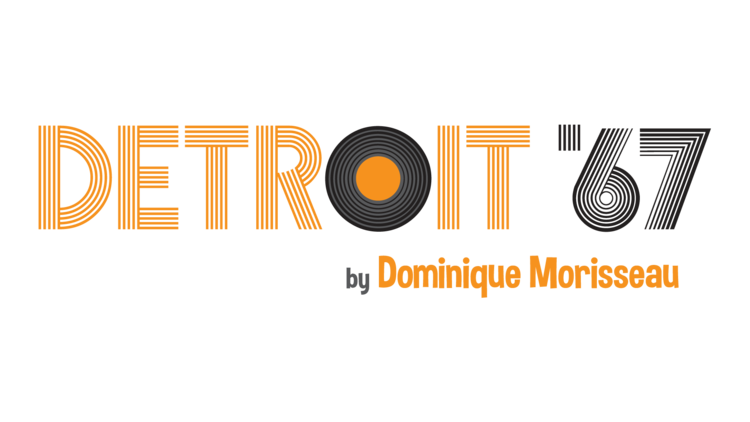 It was with great admiration that I gazed on the proscenium of the Wells Theatre. The ornate architecture and the stark beauty of the theatre enhanced my experience with the stellar performance of Detroit 67. Detroit 67 is a rare theatrical experience in which you are transported to a different time and place and become one with the characters.

Detroit 67 is the second installment of Dominique Morisseau’s Detroit Project. She was inspired by African-American playwrights such as August Wilson. The Detroit Project consists of three plays. Detroit 67, Paradise Blue and Skeleton Crew. All have been produced off-Broadway and elsewhere. Each play explores some aspect of Detroit during different time periods and socio-economic struggles.

The lyrics to the Four Tops “Reach Out” song can be said to be the theme of the play. Detroit in 67 was truly a time of great confusion and mayhem. The Detroit riots destroyed whole neighborhoods and caused destruction to many African American businesses. But in this play and in life there are good people who will reach out and help you through this difficult time.

As the play begins we meet Chelle (Lisa Tharps) who loves Vinyl LP records and Motown music of Marvin Gaye, the Four Tops and others. We then meet Lank (Bryce Michael Wood), Chelle’s brother. Lank wants to introduce the newest technology of 8-track stereo, and Chelle is not impressed. Both Chelle and Lank have an unlicensed after-hours club in their basement that serves as a community gathering place and a way to make some extra cash. They have two friends: Bunny (Shenyse Leanna Harris), a social gadabout who advertises their business, and Sly (Freddie Fulton) who helps out when needed.

Their frivolity begins to change when Lank and Sly bring home the unconscious body of Caroline (Suzannah Hershkowitz). Caroline is a white girl who has been severely beaten and left for dead on the side of the road. We learn that outside Detroit is a soon-to-be-lit powder keg which will be echoed in their basement.

Director Thurston W Jones II has brought forth five unbelievably strong performances for his cast. Jones must have asked each to dig deep into their life experiences to bring forth all the necessary real and raw emotions that brings truth to the performance.

There are some highlights to each actor’s performance. Lisa Tharps as Chelle was the standout of standouts. She demonstrated a huge actor’s range of reservedness to anger and then acceptance. Bryce Michael Wood has great physicality and stage presence. The audience can’t take their eyes off of him. Shenyse Leanna Harris as Bunny has superb comic timing and is a scene stealer. Freddie Fulton as Sly also has great comic timing and he had the best scene with Chelle as he leaped over the couch in his ardent pursuit of her. Suzanna Hershkowitz as Caroline was able to give her character a relatable vulnerability that lent growth for each character. I also loved the choreography of the dance ensemble during the party scene.

Scenic designer Matthew Allar has set an excellent stage that centers around a comfortable lived-in basement that also suggests the house as a whole. The set is spacious with many knick knacks which gave a somewhat claustrophobic feeling of limited light.

Lighting designer Mary Frances Parker evoked a keen sense of the story. I noticed that the Marvin Gaye poster was lit at the beginning of the play and the Malcolm X poster was lit during the riot scene. This one example among many where the lighting enhanced the story.

Sound designer Chris Lane properly miked the stage so that each character could be heard. He also expertly allowed the Motown music to be heard without drowning out each character.

It was the play’s final scene that brought the theme home. Chelle, after all her struggles with tragedy and disappointment, is defiantly dancing to the Four Tops “Reach Out (I’ll Be There)”. Through the lives of the characters and the Detroit community they will rise with promise and hope.

Special Thank You to James Semmelroth Darnell for his assistance with this review.