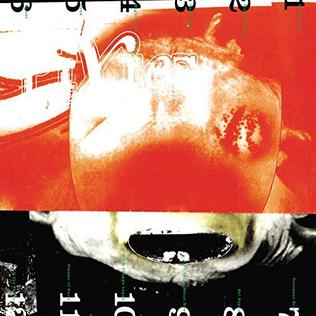 The Pixies, Head Carrier | We rate it: Worthy. Order it here

You might like it if: You understand that the Pixies are probably the most important band of the nineties and still have a right to try new things. You felt disappointed by Indy Cindy but still want to them to do well. You're not a hipster snob.

High Points: Lyrically, the record shows off Frank Black's mad skills as he encompasses a thematic whole like no other Pixies album before it. Joey Santiago's playing has gotten nuanced while still maintaining the ability to manically shred. David Lovering is actually a better drummer right now than he's ever been at any point of the band's history. If we're 100% honest? Paz is quite probably a more skilled bass player than Kim Deal was on her best day.

The last time I wrote about this band, I made it clear how important they are to me -- laying out in no uncertain terms how much of a personal connection I have with this group. Not that that has much bearing on anything in particular. To be sure, the individual members of the Pixies don't have the first idea on how to respond to that kind of love and adoration. And there's nothing wrong with that -- they wouldn't be the Pixies if they did.

I was, perhaps, overly kind regarding their 2015 release, Indy Cindy. In my defense, I probably didn't have the heart to kick my heroes around while they were obviously trying to regain their footing, but the album ended up as a hodgepodge mishmash that really doesn't feel like it holds an honest position in the band's overall catalog. Fast-forward to their late 2016 effort, Head Carrier? Is this a better album? Is it worthy of bearing the vaunted Pixies logo on its cover? Or is this yet another cynical attempt by yet another jaded group of musicians to cash in on a once fabled heyday?

The short answer, is yes. This is an actual, honest to goodness, real Pixies record. And if you're wondering about their live show, these days? They're amazing in every way.

Head Carrier is at every turn a better record than Indy Cindy. Both in sheer magnitude of sonic quality as well as thematically. Spending some time with Frank Black's lyrics, you're taken on an exploration around the concept of cephalophores -- the Greek word from which "Head Carrier" is a literal translation. These are Catholic Saints who wander, searching to choose their final place of rest while literally holding their own heads in their hands. The story goes that these saints did so in order to obfuscate their burial spots and avoid being harvested for relics by grave robbers intent on making a few quick bucks off their corpses. Black has ever shown a lyrical fascination with Christian mythology due to an early belief and membership in a particular evangelical sect known as the Assemblies of God, alongside an influence at a young age by the father of Christian Rock, Larry Norman. While Frank eventually fell out of his Church going beliefs, biblical references pepper much of this new work as well.

The core of this project -- thematically, at least -- lies revealed in one lyric in particular, in "Plaster." "I can’t dance but I don’t wanna bore ya / Last line from the Cephalophore / I’ll be the son of a son of a son of a bastard" -- I'm fairly sure this a reference to Nebraskan Poet and activist, Erin Belieu's poem titled of the same word. And if we look up the last lines of that poem, we see the following: "...of a long gone boy / not named for a distant Saint, / and the consecrated style with which/ he carried himself, searching for / the grave to take his suffering."

Think about that for a moment. Think about how that might apply to Frank. This runs deep. Decapitation is in and of itself deeply symbolic of a severing of a thing before it's time is through. Obviously, the very concept of Frank Black, or before that -- Black Francis -- shares much with the Saints, who receive a second name in death. As in the poem, Charles Thompson didn't choose his alternate names from a Saint, but rather from his father's choice of a name for a second son. A son that was never born.

Decapitation dreams often occur in a period of illness. Or in a time when the mind of the dreamer is unwilling to accept a new physical limitation, such as age. The symbolism can indicate a divide between the body and mind. A separation of the head and the heart. An earlier line in Belieu's referenced poem further outlines the overall structure of the lyrical work on this record: "a category of stubborn saints / who don't lie down until / they choose the grave."

Of course, the ironic thing about all this to me is how much attention has been paid to the song Paz wrote for the band, "All I Think About Now" -- for which Frank Black penned the lyrics after she asked him to as a thank-you note to Kim Deal. And I have to wonder if Paz was unaware at the time that the whole of this project is, in the end, symbolically a lament at Kim's departure. At the too soon severing of that connection. And at the entire notion of a band Black once described as "a beautiful corpse" taking it's last.. Mulishly obstinate steps before reaching a final destination.

Of course, the younger generations don't entirely get the power of this band. I've played some of my favorites for my teenage daughter and she just rolls her eyes and waits for me to leave so she can go back to T-Swift. Hopefully, she'll grow into it one day. The aged twenty to thirty something musicians I hang around? They respect the music, but don't necessarily feel it like I do. As for the original fans, there are many who constantly whine and moan about the Pixies. Indeed, it's almost a pastime to deride whatever the new record is. For some of us, nothing they ever do will match the raw power of Surfer Rosa. Hell, my favorite will always be the debut album -- Come on, Pilgrim. And to me, the quintessential Pixies song will always be the first track on that record -- "Caribou." Which is, incidentally, the first of the Pixies I'd ever heard.

But to ignore this new work is to miss a thing of complex, sad beauty. A deeply intricate construction that has been built on top of everything that came before it. That couldn't exist without a lifetime of this music. And honestly? I truly believe that Head Carrier is as least as good as Bossanova. If not better.

Who knows.. Maybe this is the end of the line for our reluctant heroes. Maybe there won't be another record.

But I certainly hope not. I pray there's still a few more steps for them to take before the end. I know, I've said this before. But after this show and this record?

I still believe in the Pixies.

And you should too.