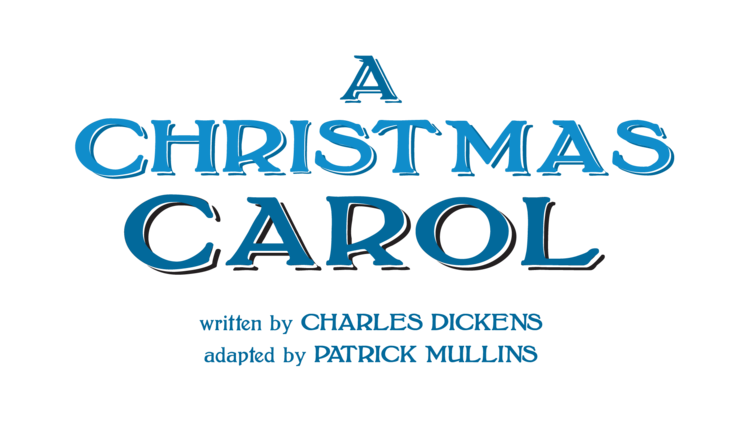 A Christmas Carol is the Virginia Stage Company’s traditional holiday offering, and (full disclosure) having worked for them for the first 7 years I lived in Norfolk, I have seen many iterations of this play come and go, along with many different sets and designs.

This particular version of the story, directed by Marianne Savell, starts with Charles Dickens himself, reading to us his latest story offering, A Christmas Carol. As he reads, the stage unfolds to show us a beautiful Victorian streetscape by Matthew Allar with a large floating clock (which doesn’t look as out of place as it sounds), and various platform levels to play with, opening the audience to the world of the show.

In Victorian times, telling ghost stories around the fire on Christmas Eve was a tradition about as ubiquitous as waiting for Santa to arrive is today. The tradition comes from the more pagan roots of the Christmas festival, and on numerous occasions various religious groups had tried to stomp it out, with modern audiences left with countless versions of A Christmas Carol, perhaps The Nightmare Before Christmas, and that one line of “It’s the Most Wonderful Time of the Year” to puzzle over the connection between ghost stories and Christmas, especially right after Halloween. VSC’s offering this year starts off strong with the ghost story vibe, and keeps that ball rolling with minor key carols and creepy characters until right about intermission. Just before intermission, during the section with Christmas Present, they sort of switch the vibe to more of an early 2000’s Christian rock worship service/ show choir, a jarring transition that seems to stick in the musical direction by Karla Robinson for the rest of the show, and sadly doesn’t seem to do the ghost story vibe any favors.

That being said, it is an entertaining offering, with this year’s Scrooge, played by Steven Minow, as surly as ever, making his transition at the end a great payoff. (Who doesn’t like to watch a grown man jumping on his bed?) Projection design by Samuel Flint assisted with some of the more magical transitions, working well for Christmas Past (his past), but becoming a bit muddled and potentially distracting by the time we reached Christmas Future, who was played this year by Joey Cassella. Being somewhat familiar with how that puppet works, I was impressed by the speed and grace with which Cassella was able to navigate the dark stage, and would have liked to be able to have seen their performance better.

Our Cratchet couple this year was played by David Huynh (Bob) and Lynn Kenny Richards (Mrs.), and they had a chemistry which made me believe that they were a couple who not only had many children, but who were used to working together to make do with what they had, culminating in some really lovely moments onstage together. I wish we saw a bit more of Charles Dickens’ character, played by John Forkner, although he appears as an extra in most scenes, it was not clear to me whether he was supposed to be playing Dickens the whole time, or if he was a Victorian extra as well. I had a similar issue with the scene where the actor playing Fred came out as the husband in debt in future’s scene. It took me a bit to figure out that he wasn’t appearing at that moment as Fred, which seems to me more an issue with direction than with Teddy Holmes’ skill as an actor.

On the opposite end of the muticharacter spectrum (somewhat of a pun intended) we have Ryan Clemens’ ghost of Jacob Marley, which was masterfully done. Clemens navigated the trap in VSC’s stage with an ease I haven’t seen in many years of Christmas Carols, and his physicality and vocalizations as a whole made that scene particularly noteworthy. In the final scene, there is a glance between Clemens and Minow which might have been Scrooge recognizing that Clemens looks like the ghost from his bedroom, but other than that one purposeful moment, there is no connection between Clemens’ Marley and Clemens’ street characters.

After a short break to clear one audience out of the space and allow the next audience in (during which time concessions did remain open), The Santaland Diaries, directed by Tom Quaintance, began. After a bit of time relaxing between shows watching a lovely projected snowstorm on the main rag, we meet Tom Detrinis, who plays our main character and sole actor for the evening. Detrinis plays Crumpet, a new elf to Macy’s Santaland, and anyone who has worked any sort of retail position during the holidays will be able to commiserate with the various “adventures” he has over the Christmas season.

Played on top of the Christmas Carol set (and they don’t shy away from it), props designer Samuel Flint does a great job of taking us away from Victorian England, and giving us just what we need to imagine the various sections of the long line to Santa at Macy’s in NYC. Onstage with Detrinis is Tyree Jones, who’s keyboard transitions us from place to place and time to time during the show, and who also plays the increasingly more harassed Macy’s store announcer, giving us the countdown to Christmas those of us who worked holiday retail wish we could have announced publicly.

The night I happened to see the performance was also one of the performances which was signed for the hearing impaired, and Detrinis had a good few bits with the translator which really added to the evening’s entertainment. Though not necessarily appropriate for small children, slightly older family members will enjoy both the humor and the poinency in this script as Detrinis very capably takes us on that ride.

All in all, if you are in a Christmas-y mood, you are likely going to enjoy what VSC has to offer this year. It should be noted as well, that VSC’s A Christmas Carol is shown to thousands of students across the Hampton Roads area in matinee performances thanks to their education department, and for many people I meet who are native to this area, VSC’s A Christmas Carol is the first theatrical performance they can remember watching. They have also this year included A Christmas Carol in their Theatre for Everyone program, with a performance specifically for those with sensory sensitivities, and a hands on portion prior to that show where props and costumes and lights can be explored.

So head on out, and see the puppet children have been screaming about for over a decade, or if snark is more your style, let Crumpet tell you his tale of Macy’s Santaland instead. And either way, whatever you are celebrating this year, have a fantastic holiday, and I hope 2020 sees us all well!